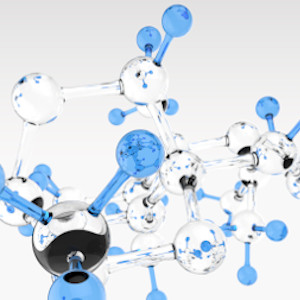 Ketamine is a drug that has been used as an anesthetic in human and veterinary medicine for several decades. It is a so-called “chiral cyclohexanone derivative” that is synthetically manufactured, classified as an essential drug by the World Health Organization (WHO) and finally approved by the US Food and Drug Administration (FDA) in March 2019 for further indications. Ketamine is not only an anesthetic, but has unique properties: Ketamine is the fastest and most effective drug for all types of depression, post-traumatic stress disorder (PTSD) and obsessive-compulsive disorder (OCD) – especially for those many patients to whom psychotherapy and psychotropic drugs of traditional drug groups fail to date. The rapid effect of a ketamine infusion is particularly noteworthy for patients with suicidal thoughts, as ketamine exerts its effect after just a few hours. This works because ketamine binds to the NMDA receptors and thus indirectly increases the concentration of the messenger glutamate in the brain cells. In addition, ketamine activates the formation of new proteins at the synapses of the cells. This means that the disturbed or interrupted communication of the neural network in depression patients is restored and functioning normally.

Also in the therapy of chronic pain diseases such as fibromyalgia, neuropathies, arthrosis, rheumatic diseases or migraine, numerous studies have proven the unique effect of ketamine. The European Society for Medical Oncology’s (ESMO) Palliative Care Guidelines also recommend ketamine for use in cancer patients suffering from neuropathic pain and oncology patients who do not or no longer respond to opiod.

The administration of ketamine infusions takes place in the center of advanced medicine according to the latest scientific findings and so well dosed and terminated that no dependence effect and no side effects can arise.