With apheresis, the blood can be cleaned and the organism can be significantly relieved. 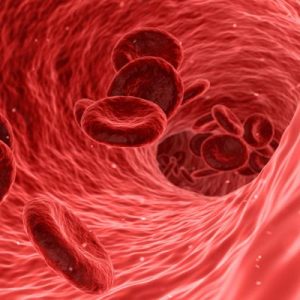 Therapeutic apheresis is a modern procedure which gently and effectively removes harmful substances from the blood, such as heavy metals, LDL cholesterol, autoantibodies or harmful metabolites.
Therapeutic apheresis does not introduce any substances or medications into the bloodstream, instead it cleanses the blood thoroughly.
Similarly to the dialysis used in kidney diseases, the patient is connected to an extracorporeal circuit and the blood is cleaned using special filters or absorbers.
Removal of the contaminants is highly selective and the immune system is not impaired by it.
The blood or plasma that has been cleansed is then returned to the organism.
Apheresis therapy can achieve impressive clinical results for many indications, and is notable for its good tolerability, which means that it can be performed as an outpatient procedure.

Removing harmful substances from the bloodstream by apheresis

The term apheresis is Greek in origin, and means “to take away” or “remove”.
Blood donors who have donated platelets or plasma may already be familiar with the apheresis procedure.

Blood will be drawn through a venous access using an anticoagulant.
Then the components of the patient’s blood (plasma and solids) are separated from each other outside of the body, in what is known as an extracorporeal cycle – this is the plasma separation process.
Special membrane plasma separators are used for this.
The desired fraction of the plasma is cleansed.
The cleaned plasma is then recombined with the blood solids (red and white blood cells and platelets) and finally flows back into the patient’s body via a second access.

Treatment with non-specific plasmapheresis is performed differently.
In this case, the previously separated blood plasma is discarded and replaced with a complex substitution solution.
Generally, apheresis does not cause any significant reduction of electrolytes or important antibodies.

The therapeutic effect of apheresis is derived from the selective removal of toxic substances and pathogens, that is to say pathogenic proteins and products of metabolism.
After the blood has been cleaned, the healthy balance of various bodily processes is restored.
Apheresis represents an important contribution to the basic health of the body.

Areas of use for apheresis

Apheresis is used as causal therapy for disorders and diseases from various indication fields:

Search
Therapies
Do you wish an individual consultation?