Vitamin B17 in cancer therapy 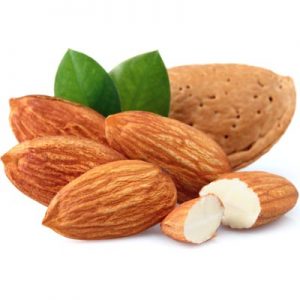 Vitamin B17 – also known as amygdalin – has already gained widespread use in cancer therapy, and based on its mechanism of action it may also be described as a “natural chemotherapeutic agent”. A further effect of amygdalin lies is its pain-relieving action. In Nature, the substance occurs in over 1200 plants, wherein the largest share can be found in bitter almonds and apricot stones.

Vitamin B17 – also known as Amygdalin

The alternative name for vitamin B17 – amygdalin – is derived from the Greek “amygdalis” meaning almond kernel. Vitamin B17 is considered an alternative and natural means for treating tumorous diseases or their symptoms.

The substance was discovered and isolated from bitter apricot stones in the 1950s by the American biochemist Dr. Ernst T. Krebs Jr. They naturally have an amygdalin content of up to 8%. Vitamin B17 is converted into a powerful poison under the effects of the enzyme beta-glucosidase. Large quantities of this enzyme are present in and on tumour cells.
On the other hand, another enzyme called rhodanase occurs almost exclusively in healthy cells, and prevents the poison from taking effect here. Consequently, vitamin B17 has a very powerful growth inhibiting effect on tumour cells, but does not harm healthy cells.

In a study conducted by the Goethe University Hospital Frankfurt, inhibition of cancer growth by amygdalin has been observed and has been confirmed in the case of bladder cancer cells. Furthermore, the harmlessness of pure amygdalin was affirmed in a ruling by the Hannover Higher Administrative Court.

Structure and mechanism of action of vitamin B17

If you consider the molecular structure of vitamin B17, you will find bonds with one molecule of hydrogen cyanide – also called prussic acid – and one benzaldehyde each, and two with glucose molecules.

This stable compound cannot be broken down except by the effect of the enzyme beta-glucosidase.

In healthy cells, this splitting enzyme is only found in practically negligible quantities.
In cancer cells, however, beta-glucosidase is very abundant.
Now if amygdalin comes into contact with this enzyme in the presence of water, it starts to release the cyanide and the benzaldehyde, both of which are capable of destroying cancer cells.

A protective enzyme called rhodenase – or also thiosulfate sulfur transferase – can prevent healthy cells from being poisoned at the same time by converting the cyanide into the a relatively non-poisonous rhodanide.

So cancer cells can be destroyed by the enzymatic splitting of vitamin B17 with natural support thanks to its synergistic effect.
In this context of a holistic cancer therapy, it is important to obtain the right combination of measures in order to improve chances of treatment success.