Targeted treatment and elimination of tumors with low direct current. 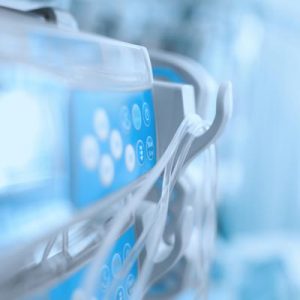 Galvanotherapy, also known as Percutaneous Electrical Tumour (PET) therapy or Electro Cancer Therapy (E.C.T.) is a procedure which was developed from the discoveries of Italian biophysicist Luigi Galvani (1737 – 1798) and advanced by Dr med. Rudolf Pekar (1912 – 2004).

Every cell in our organism has a cell membrane which surrounds and protects it and is able to maintain a potential of 80 to 100 millivolts (mV).
However, if a cell becomes diseased or degenerated due to lack of oxygen or nutrients, its membrane potential falls: the potential of a cancer cell for example is then less than 20 mV.
Consequently, because of this loss of potential the electrical conductivity of a tumour cell is much greater than that of a healthy cell.

Galvanotherapy makes use of this principle, working with a low direct current, that is to say a current of 30 to 80 mA (milliAmperes): Special electrodes are placed directly on the skin above the tumour and the direct current is applied to the tumorous tissue under controlled conditions.

The duration and strength of the direct current application are adjusted according to the size of the tumour. The defined objective of the therapy is to attack the tumour itself, not the healthy cells and so reduce its size or even eradicate it completely. The efficacy of therapy using direct current is now recognised internationally, although galvanotherapy is not yet widely used. This may be due to the fact that the procedure is relatively simple and of short duration, which is not consistent with the financial aims of the industry.

In the Center for Advanced Medicine, we explain the physiological process of galvanotherapy for selective, gentle tumour treatment as follows:

“Once applied, the electrodes for percutaneous electro tumour (PET) therapy initiate a flow of positively charged ions to the cathode and a flow of negative ions to the anode.
The change in the pH value then depolarises the cell membranes. Muriatic acids formed thereby cause a chemical disturbance of the metabolic processes in the tumour cells, which are the triggers for cell death, also called apoptosis – the tumour simply dies.”

Targeted, gentle galvanotherapy is particularly suitable for treating the following cancers and benign tumours which do not respond well to chemotherapy or radiation therapy:

Course of the treatment:

With a diagnosis from current laboratory analyses and the data from the magnetic resonance scanner (MRI) and computer tomography (CT) images, we are able to determine the location and size of the tumour to be treated very precisely.
We then define the therapy coordinates on this basis together with the patient.

Galvanotherapy offers high efficacy with very minor side effects, if any at all (e.g., briefly elevated blood pressure, mild fever) and can be carried out on an outpatient basis.

Search
Do you wish an individual consultation?