Natural reinforcement for our cells 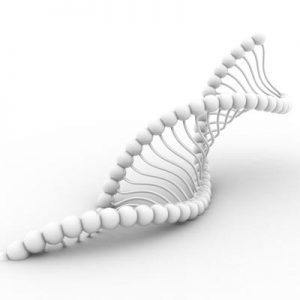 About 20,000 different proteins are produced continuously in our cells, so that every second they can carry out all the essential metabolic functions we need for a healthy, vital life. This protein production is carried out as “protein synthesis”, the name for the formation of proteins. These proteins are the engines of our metabolisms and as enzymes that make specific chemical reactions possible.
For example, they give our cells their form and stability and produce tiny fibres on which the substances necessary for cell metabolism can be transported into the cells and back out again. Our musculature only functions because of the proteins actin and myosin in the blood and in other fluids. Throughout the organism, these proteins generate the antibodies that constitute an essential component of our immune system. If the protein synthesis is disrupted, this is manifested as ageing processes and degenerative complaints and diseases.

Our genes produce the building blueprint for the proteins. The blueprints necessary for building the proteins are contained in the DNA (deoxyribonucleic acid) in the nucleus of each cell as genetic information well protected in the cell nucleus. Transcripts of these blueprints can reach any part of the cell in the form of ribonucleic acids (RNA) and so initiate the construction of the required proteins. Any disruption to this cell metabolism results in premature ageing and wear processes, which often entail the loss of autologous nucleic acids and proteins.

“Regeneresen” are injectables which contain biological nucleic acids.
Holistic, natural Regeneresen therapy developed by Prof. Dr. Dyckerhoff consists exclusively of biologically active animal ribonucleic acids (RNA) and ribonucleic acids from yeast. The Regeneresen preparations and the nucleic acids they contain promote metabolic processes of the immune and hormone system, and increase the formation of autologous nucleic acids.
Ribonucleic acid injections (Regeneresen) have proven their efficacy for decades at the cellular level by the administration of beef RNA and yeast RNA. In the broadest sense, Regeneresen can be compared with the previously common “live cell therapies”.

Regeneresen® consist exclusively of biologically active ribonucleic acids (RNA). The active agent is extracted from organs of cattle and from yeast. The result is purified sodium salt of the ribonucleic acids (RNA-Na). The entire concept of treatment is based on nucleic acids from various organs, which are joined together with orthomolecular substances.
In the form of Regeneresen, it is now possible to make the RNA available to the body in targeted manner with cell-specific substances and information about the organs or organ systems concerned. The specific nucleic acid-containing organ extracts help the disrupted cell metabolic processes to regenerate and help in the holistic treatment in chronic and degenerative diseases.
A concomitant effect of Regeneresen therapy is the minimisation of allergies and susceptibility to infections, since the body’s own defensive forces are reinforced. Since organ-specific preparations are used here, the Regeneresen lend themselves to a wide range of applications.

Search
Therapies
Do you wish an individual consultation?