Fighting cancer with warmth:
The hyperthermia procedures are effective against many cancers and also borreliosis 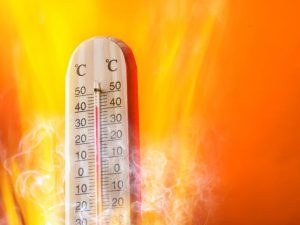 Even in Antiquity, healers used warmth to cure people from a range of disorders and diseases. To do this, they used plants to induce an artificial fever in their patients, encouraging the body to defend itself against viruses and germs.

Modern, scientific hyperthermia – derived from the Greek word meaning “warming” – was described as a method for treating cancer as long ago as 1910, and was introduced as whole body hyperthermia in the 1960s. Between then and now, the various procedures and associated equipment technology have undergone enormous development, enabling a whole range of specific applications in medical practice.

What is hyperthermia generally?

Hyperthermia is a form of treatment used in cancer therapy, in which the efficacy of “classic” treatment forms such as chemotherapy and radiation therapy is enhanced by overheating of the cancer cells, creating a synergetic effect.
This is achieved by using radio or electromagnetic waves, which warm the site of the organism to be treated to 40 °C to 44 °C according to the indication.
The term hyperthermia encompasses all procedures with which body regions are overheated in a targeted, controlled manner.

How does hyperthermia work?

Cancer cells are much more sensitive to warmth than healthy cells.
Heat also gives rise to “heat shock proteins” in the tumours.
These are protein substances which warn the immune system that a cancerous process is taking place in the organism. This enables the immune system to activate “killer cells”, which attack the tumorous tissue specifically.

And not only are the cancer cells destroyed, the flow of blood through the tumour tissue is increased, which renders the tumour more responsive to medications or radiation.
Generally, hyperthermia is administered in combination with chemotherapy and/or radiation therapy. Consequently, this increased effectiveness enables the dose of cytostatics (chemical medications) to be reduced, and the ability of the previously damaged tumour cells to repair themselves is also diminished. This also enhances the effect of radiation therapy. Tumours that had otherwise become resistant to chemotherapy or radiation therapy also responded to these therapies again after hyperthermia treatment.
Moreover, side effects such as hair loss and nausea as well as the physical and mental stresses associated therewith are also reduced significantly.

Types and mode of action of hyperthermia treatment

The key to hyperthermia lies in suppressing the tumours’ ability to repair themselves.
Chemotherapy or radiation therapy attacks the genetic material of tumours, which prompts repair enzymes to try to correct this genetic damage. But at temperatures above 40 °C the repair enzymes cease functioning, which allows the cell death of damaged cancer cells (apoptosis – the body’s inherent suicide programme for cancer cells) to take place. At our Center for Advanced Therapy, until now we have concentrated our expertise on the following main fields for hyperthermia, to which we now add a completely new method:

Search
Do you wish an individual consultation?