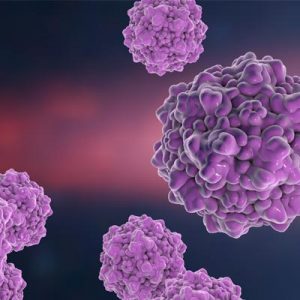 With cancers, the chances of recovery depend critically on an early diagnosis.
Some established tests of the status of a tumour detect the disease too late or are not reliable enough; patients are worried.

EDIM blood testing (Epitope – Detection – in – Monocytes – blood test) is used for early detection of tumours, the EDIM test procedure also provides an indication of the probability of response during chemotherapy and/or radiation therapy for therapy monitoring, and the EDIM test also delivers a reliable blood analysis for purposes of follow-up care.
According to the latest scientific findings, with 90% precision the EDIM blood test offers high levels of sensitivity and specificity, and allows a conclusion to be drawn about tumour status a full 21 months earlier than all other conventional diagnostic procedures.
The EDIM blood test has many advantages:
It delivers a reliable early diagnosis for various types of cancer as well as evidence of recurrences, while at the same time no more tissue samples have to be taken.
Only one small blood sample is required for the test.

The EDIM – TKTL1 determination is established with an immunohistochemical analysis, the EDIM technology on the macrophages circulating in the blood.
TKTL1 is an enzyme which may be upregulated in the presence of cancer cells when the tumour switches to glucose-dependent metabolism.
But not all cancer cells switch to glucose-dependent metabolism, so not all cancer cells also express TKTL1.
The question of whether the metabolic processes requiring glucose are an indicator of more aggressive cancer growth has not yet been scientifically resolved.

Search
Diagnostics
Do you wish an individual consultation?