Total body hyperthermia in cases of borreliosis – deadly heat for the Borrelia bacterium. 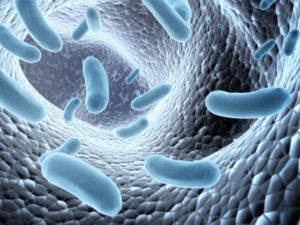 Borreliosis is an infectious disease which is caused by the bacterium Borrelia burgdorferi and may be transmitted by a bite or sting from ticks, horseflies or mosquitoes.
This awkward, often difficult to diagnose disease is transmitted in our latitudes almost exclusively by a type of tick known as the deer tick (in rare cases also by mosquitoes or horseflies).
Borreliosis (also called Lyme disease or by other names in subcategories thereof) is a multisystemic infectious disease which can attack any organ, the human nervous system, the joints and various tissues.

Unlike the viral infection tick-borne encephalitis (TBE), there is no vaccination against infection with the Borrelia bacterium.
Depending on weather conditions, most infections occur between March and October.
In Germany there is a marked North-South divide in terms of the risk of infection and transmission of the bacteria strains carried by the deer tick: Borrelia burgdorferi, Borrelia in the narrow definition, Borrelia garnii, Borrelia afzelii and Borellia spielmanii.
In the North German states, only 6% to 10% of ticks are infected with Borrelia bacteria, whereas in the middle and south of the country, these rates can be as high as 50%.
Unfortunately, it often happens that a case of borreliosis is not recognised as such for years after infection by the tick, after many other diagnoses have been suggested, so valuable time for initiating effective therapy is lost.

Progression of a borreliosis infection 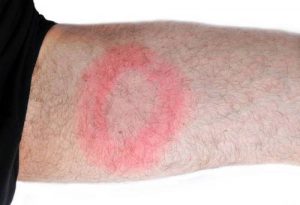 A few days after the tick bite, a reddened ring often appears on the skin surrounding the original wound, this is called “erythema migrans”.
In the first stage, infection with the Borrelia bacteria is still treatable with antibiotics because the spyrochaetes are still in the blood and readily accessible to antibiotics.

But since the expanding red patch does not always appear, and the first stage is often missed, in the subsequent stages the bacteria retreat to the cooler peripheral tissues such as the joint capsules and ligaments, where they may cause spontaneous ruptures and other damage.
Evident physical reactions such as fatigue, headaches, cardiac arrhythmia and fever are often interpreted as “the flu” by patients.
So the correct diagnosis of borreliosis is not made.

If borreliosis progresses to this chronic stage, patients can often expect a long ordeal before they receive medical relief, because there is often no trace of an acute bacterial infection in the bloodstream, and the bacteria, which have withdrawn into the cells, are difficult to reach with antibiotics.
Moreover, the Borreliosis bacteria can imitate many different clinical pictures, which only makes diagnosis harder.

The borreliosis infection develops very slowly in the body, and it is often several months or years before the patient feels certain manifestations of Lyme disease.
Various organs, such as the skin, the nervous system and joints are attacked by the Borreliosis bacteria.

Borreliosis is divided into three stages:

According to a study carried out by the Max-Planck Institute, Borreliosis bacteria die off above a temperature of 41.6 °Celsius.
Evidence of the thermolability of the bacteria was reported in a Scandinavian study as early as 1996, which also revealed that all Borrelia strains died off at 41.6 °C.

We take advantage of this knowledge with total body hyperthermia therapy, in which the patient lies on a bed inside a tent for two to three hours and is exposed to a temperature between 41.6 and 41.8 °C, always under the closest medical supervision.
At the same time, this elevated temperature also activates the body’s own macrophages (scavenger and killer cells), which can then eliminate the bacteria.

This method has to be applied once or twice.
At the Center for Advanced Medicine, we offer you this method as the cornerstone of a holistic procedure, because we eliminate the neurotoxins produced by the Borrelia bacteria in a special detoxification programme.

Do you have any questions or would you like further information? Then you are welcome to write to us or call us.
Our staff will answer your request quickly and competently. We will also be happy to call you back by telephone to provide you with individual advice.

Please write to us. We are gladly there for you.


Search
Therapies
Do you wish an individual consultation?