With the IPT, we treat cancer and Lyme disease gently and without the usual side effects of classic chemotherapy. 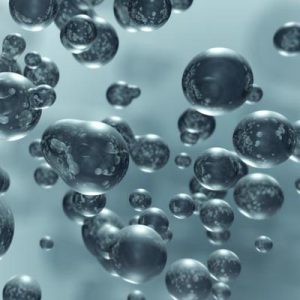 Insulin Potentiated Therapy, abbreviated to IPT, is a gentle treatment option for cancer patients in combination with conventional chemotherapy.
The difference between IPT and traditional cancer treatment with chemotherapy is that side effects are minimised while the optimal effectiveness of the cytostatic agents use is retained.
IPT is also used in the effective treatment of borrelioses, rheumatoid diseases as well as viral and chronic diseases.

The key element in IPT is the insulin.
This autologous hormone is produced in the pancreas and serves to transport nutrients from the blood into the cells.
Insulin is thus the door opener which renders the cell membranes (the outer mantle of the cells) permeable.
If insufficient insulin is present, the supply of nutrients cannot take place, so healthy cells also soon suffer from lack of nutrients, as is the case with diabetes, for example.

Since insulin is the general door opener for cells, it follows that this hormone can be used to introduce not only nutrients, but also other carefully chosen, precisely measured substances, such as medication, into the cells as well.

The hormone insulin and its role in oncology

Even today, how and why cancer occurs is not fully known.
But the fact is, healthy cells suddenly start mutating and begin a course of autonomous, apparently random, destructive growth which is no longer subject to the normal regulating processes for healthy cells.
These degenerated cells start to proliferate and form tumours.
Unlike healthy cells, cancer cells subsist almost entirely on glucose and consequently form far more “insulin receptors” – insulin doors – in their cell membrane than healthy cells.
This means that, depending on the type of cancer, the cells can absorb up to 20 x more nutrients than the healthy cells – to put it plainly they “push in the food queue and take everything they can get”.
Cancer cells also divide in order to multiply incomparably more often than normal cells.
Depending on how aggressive the form of cancer is, the cells can undergo several resting and division phases in a day.

Today, various standardised chemotherapies are used against cancers all over the world.
For this purpose, a group of substances called cytostatics are used.
These may be natural or synthetic, but they are extremely poisonous and their purpose is to inhibit cell growth and cell division.
The problem is:
The substances that are used in conventional chemotherapies destroy not only the cancer cells they are sent to eliminate, but also healthy cells.
They also cause massive disruption to other metabolic processes that rely on rapidly growing cells, e.g., hair root cells, the mucous membrane in the mouth, stomach and intestinal tract.
As a consequence, the patient experiences such a burden after a chemotherapy session that he has to wait – typically for about six weeks – before the next one, otherwise the patient’s organism would collapse simply from the side effects of the chemotherapy (not the cancer process itself).
But during this six-week pause the surviving cancer cells have plenty of time to divide, multiply and proliferate again, and form daughter cells – to metastasise.
So the treatment becomes a race against time, and the outcome is by no means certain. 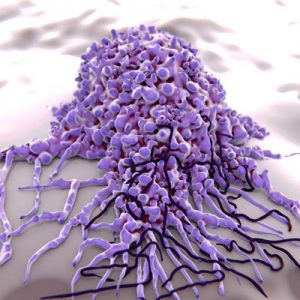 In contrast, Insulin Potentiated Therapy exploits the “door opening” function of insulin in the cancer cell membranes, allowing cytostatics as well as other substances to be introduced into the organism in much lower doses than in conventional chemotherapy.

The advantages: Since only 10 – approx. 20% of the otherwise essential quantities of cytostatics or other medications are needed, the side effects are also reduced drastically and the patient can receive the treatments in quicker succession (typically once or even twice a week).
Consequently, the cancer cells have much less time to regenerate and multiply again.

This means that instead of having to organise treatments according to the burden of the side effects – as is usual and necessary with conventional chemotherapies –, the doctor who is treating with IPT can concentrate on eradicating the course of the disease.
It should also be noted that IPT can be capable of completely destroying cancer cell colonies, particularly in smaller tumours (e.g., non-metastatic breast cancer).
The further advanced the disease is, the more difficult it is and the longer it takes to halt its progress, with IPT as well, of course.

As with the conventional chemotherapies, it is therefore imperative to establish a precise diagnosis beforehand in all cases, and to determine the respective effectiveness of the eligible cytostatics for the patient ex vivo.

Insulin Potentiated Therapy for borreliosis and other diseases

IPT is primarily used as a gentle form of chemotherapy to combat cancer.
But IPT can also be of great benefit with other diseases which until now have proven intransigent and difficult to treat.

Borreliosis (also called Lyme borreliosis or by other names in subcategories thereof) is a multisystemic infectious disease which can attack any organ, the human nervous system, the joints and various tissues.
This awkward, often difficult to diagnose disease is transmitted in our latitudes almost exclusively by a type of tick known as the deer tick (in rare cases also by mosquitoes or horseflies).
Infections with the disease usually entail other complaints as well, which must be identified.
Because only a large number of possible “pathogens” is capable of compromising the individual immune system to the point of outbreak of the disease.

Once borreliosis does break out, the patient experiences many symptoms and complaints, such as chronic headaches, permanent exhaustion, heart disorders and polyneuropathies, even including signs of paralysis.

The standard treatment for borreliosis usually involves antibiotics.
But as with classic chemotherapies for treating cancer, conventional antibiotic therapy is administered over the course of months and results in an enormously diverse range of side effects, which weaken the patient further.
Consequently, the negative effects of conventional therapy often outweigh the desired positive effects.

Here too, insulin helps to “smuggle” carefully selected antibiotics into the interior of the cells, so that only a fraction of the conventional doses is required.
This is where the Borrelia bacteria “hide”, out of reach of conventionally delivered antibiotics.

The same applies to diseases which are caused by a chronic infection.
These include the diseases of the rheumatoid type, such as c chronic arthroses and arthritises.
Many bacteria and viruses are unreachable with the therapeutic procedures known today, so they also cannot be eliminated.

On the other hand, IPT offers a way to locate, target and attack and/or neutralise these pathogens inside the cells, by using insulin as a kind of “Trojan horse”.

The Center for Advanced Medicine has used IPT successfully for years. We have undergone careful, thorough training in the application of IPT internationally, and accordingly we possess the necessary experience and certainty to be able to personalise IPT for use with individual patients to the best effect.

The following complaints and diseases can be treated with Insulin Potentiated Therapy:

The course of treatment with Insulin Potentiated Therapy

Following a detailed review of his medical history and selection of the chemotherapeutic substances or other medications, the patient comes to the appointment at the practice in the fasting state. Fasting because only very few nutrients should be present in the blood, and the cells, particularly the cancer cells are waiting impatiently to be fed.

The doctor injects the patient with a precalculated quantity of insulin.
This fools the cells into preparing to receive fresh nutrients, and they begin to open.
Since cancer cells possess many more insulin receptors than healthy cells, they can absorb anywhere from five to twenty times more of the substances. When the insulin has spread through the blood, the corresponding cytostatics or medications are given.

This way the “Trojan horse” infiltrates deep into enemy territory and attacks the cancer cells or the viruses and bacteria hiding inside the cells precisely and powerfully.

To end the therapy session, the patient receives a sugary drink and the doctor slowly administers a follow-up glucose injection. This is essential because the earlier introduction of insulin has lowered the patient’s blood sugar level and this must now be raised back to normal values.
The glucose also binds itself to the remains of the chemotherapy substances or medications in the blood and brings these into the cells as well.

This concludes the therapy session.
The patient typically feels no side effects, in fact many patients feel better after the therapy than before. Even so, the patient is advised to eat only lightly on the day of the session, to rest and not engage in any strenuous activity.

The next therapy appointment is set for about a week later.
The number of sessions and the therapy intervals are determined individually according to the clinical picture and the patient’s general constitution.

Insulin Potentiated Therapy in conjunction with other forms of therapy

Because it is mild and associated with little or no side effects, IPT lends itself ideally to use in combination with other methods, such as local hyperthermia (fever therapy) or procedures from biological medicine, e.g., orthomolecular and phytotherapeutic treatments.

Do you have any questions or would you like further information? Then you are welcome to write to us or call us.
Our staff will answer your request quickly and competently. We will also be happy to call you back by telephone to provide you with individual advice.

Please write to us. We are gladly there for you.


Search
Do you wish an individual consultation?