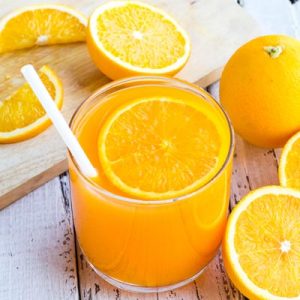 In order to damage cancer cells, we use the pro-oxidative effect of very high doses of vitamin C in the 30 – (preferably 50) or even 100 gram range, with which tumour cells are destroyed but healthy cells are not harmed.

This is also called biological chemotherapy, and in large clinics in the USA classic chemotherapies are already being combined with this high dose vitamin C therapy. The prerequisite for this therapy is that there must also be enough of a certain enzyme called G6PDH in the patient’s bloodstream. This is tested and assessed by experts in our laboratory before the treatment begins.

Healthy cells are unaffected by these toxic effects because they have an enzyme which can decompose hydrogen peroxide.

It has been demonstrated that cancer patients have particularly low levels of vitamin C, which can also be exacerbated by aggressive radiation treatments and also chemotherapies.
Vitamin C only takes effect as a pro-oxidant when a high dose of 30 -100 grams is infused intravenously, thereby attacking the cancer cells and only those cells.
In low doses (e.g., 7.5 grams), vitamin C does not have this property.

At the same time, other antioxidants (such as low dose vitamin C, vitamin E, glutathione, iron, etc.) should not be taken, because these substances are taken up readily by the cancer cells to protect their own cells from being destroyed. On the other hand, this has nothing to do with consumption of these substances before and after the treatment, it applies only during the cancer growth phase.

Many patients report a sustained improvement in their general health after just a few vitamin C infusions. As long ago as 1976, two-time Nobel prize winner Linus Pauling succeeded in demonstrating the efficacy and success of treating cancer patients with vitamin C.